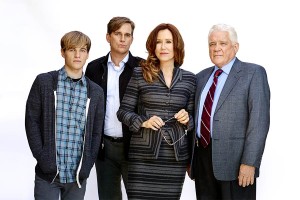 MajorCrimesTV.net was launched in August 2012 with the goal of being the best source of news and information about Major Crimes, and supporting the fantastic cast and crew that work tirelessly to make the show. The MCTV team is comprised of professionals with strong ties to the television industry, and pride themselves on being the best source of news, information and exclusive content about Major Crimes to the fans.  Unless otherwise noted, all photos, videos and other information is property of TNT and Warner Bros Studios. While we work closely with the cast, crew, creative team and TNT and Warner Bros, MajorCrimesTV.net is not affiliated with Turner Broadcasting System Inc. or Warner Bros.

Want even more Major Crimes? You can also check out TNT’s Official Major Crimes Site, and the MajorCrimesTNT  Facebook and Twitter.

If you like something, it’s always nice to say thank you. If you are enjoying Major Crimes, let TNT know by contacting them as follows. Please note these are not the addresses for fan mail.

- Send a letter to Kevin Reilly, President of TNT and TBS.  Again, in this letter be polite, but let him know how much you are enjoying the show.

You cannot contact TNT or the cast and crew of Major Crimes  through MajorCrimesTV.net. However, we would love to hear from you- if you have a question or comment on this website, you can email us admin@majorcrimestv.net