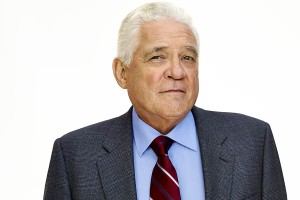 G.W. Bailey, who plays the cantankerous Lieutenant Provenza on TNT’s hit series The Closer and new series Major Crimes, has a career that spans four decades and is packed with memorable and distinctive characters. A native Texan, he began his training at Texas Tech University and started his career at the prestigious Actor’s Theatre of Louisville, Ky.

Bailey later moved to Los Angeles, where he started his television career in a string of guest-starring roles on episodic series, in addition to continuing his stage work. He later played a recurring role on M*A*S*H as well as regular roles on The Jeff Foxworthy Show and St. Elsewhere. Bailey also starred in several TV miniseries, such as the award-winning Double Crossed and The Siege at Ruby Ridge.

Bailey’s feature career began with the film Police Academy and flourished with starring roles in such movies as Mannequin, Short Circuit, Burglar and Rustler’s Rhapsody, among others. He returned to academia in the mid 1990s and graduated from Texas State 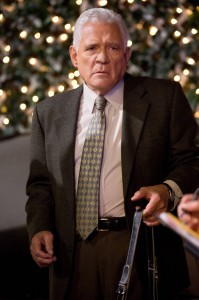 University in 1994. Upon graduation, he remained at Texas State and served as artist-in-residence for several years, working occasionally in Hollywood and on the stage in New York.

Bailey’s true passion is his work with The Sunshine Kids Foundation, where he serves as the Executive Director. Sunshine Kids is a non-profit organization dedicated to children with cancer. Established in 1982, the foundation is committed to providing positive group activities and emotional support for young cancer patients and their families.