Approaching 4 decades in the entertainment industry Michael Paul Chan has worked with most of the top professionals in Hollywood with over 300 episodes of television and 35 feature films.

Michael Paul Chan grew up in Richmond, Calif., and was a musician in several Bay Area rock bands before becoming an actor.

Chan has more than 200 television and film credits, including The Insider, with Al Pacino and Russell Crowe; Spy Game, with Robert Redford and Brad Pitt; U.S. Marshals, with Tommy Lee Jones; Falling Down, with Michael Douglas and Robert Duvall; and the critically acclaimed adaptation of The Joy Luck Club. He has worked under the direction of legendary filmmakers Michael Mann, in Thief and Robbery Homicide Division, and Oliver Stone, in the third of his Vietnam trilogy, Heaven and Earth. 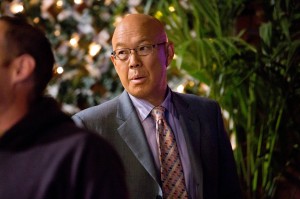 On television, Chan starred in Eddie Murphy’s animated television series The PJ’s, played a recurring role on Arrested Development and recently guest-starred on Bones and The Simpsons.