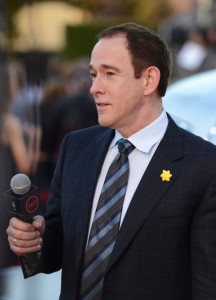 James Duff began his professional writing career with the Broadway drama Home Front, which was later re-titled The War at Home before having a successful worldwide run in London, Stockholm, Athens, Tel Aviv, Johannesburg, Brussels, Amsterdam and Sydney. The play was made into a feature film starring Kathy Bates, Martin Sheen, Emilio Estevez, Kimberly Williams and Carla Gugino. Duff’s play A Quarrel of Sparrows went from regional theater productions to off-Broadway’s Promenade Theatre and won a Dramalogue Award during its run in Los Angeles.

Duff has written three television films: Without a Kiss Goodbye, Betrayed: The Story of Three Women and Doing Time on Maple Drive, which earned him an Emmy® nomination. In series work, he has written and produced episodes for Popular, Felicity, Wolf Lake and The Agency. He also created and produced The Closer and the series The D.A. with Greer Shephard and Michael M. Robin. In 2007 he was nominated for the Mystery Writers of America’s Edgar Award.