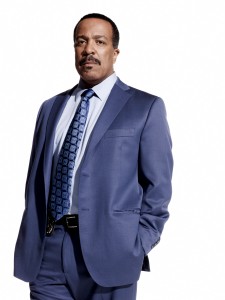 Robert Gossett was born in the Bronx, and landed his first professional gig in One Flew over the Cuckoo’s Nest at the Mercer Arts Center in Greenwich Village. He went on to perform in Lloyd Richard’s Broadway production of Fences, Hal Scott’s production of A Raisin in the Sun and Donald McKayle’s production of The Last Minstrel Show. Other notable theater performances include Manhattan Made Me, Sons and Fathers of Sons, A Soldier’s Play and Colored People’s Time, all of which were performed with the famed Negro Ensemble Company of New York.

Gossett’s awards include the NAACP Theater Award for Best Performance by a Male and the Dramalogue Best Actor Award for his performance in Indigo Blues, directed by his wife, Michele Gossett. He also earned the LA Weekly Theater award for Washington Square Moves.

In film, Gossett has starred in Irwin Winkler’s The Net, alongside Sandra Bullock; Tim Hunter’s The Maker, with Matthew Modine; Arlington Road, with Jeff Bridges; White Man’s Burden, with John Travolta; The Spring in Her Step; and Flying By, with Heather Locklear and Billy Ray Cyrus.