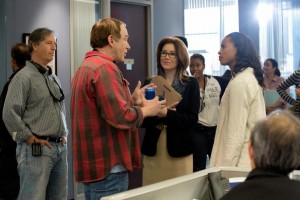 As the new series opens, the detectives in the Los Angeles Police Department’s Major Crimes division are still reeling from the departure of Brenda Leigh Johnson and the realization that Captain Raydor is now in charge. Unlike their previous chief, Raydor is determined to lead the department with a more team-oriented approach, sharing the credit with the people with whom she works. Raydor’s hardest job, however, will be gaining the full trust and confidence of her detectives, who aren’t quick to forget her long history of internal investigations targeting them and their previous boss. Especially troublesome is Provenza, who has a difficult time taking orders from someone he doesn’t think knows as much as he does.

“Major Crimes will feel very comfortable to fans of The Closer,” says executive producer and creator James Duff. “We are not only keeping many of the same cast members but also shooting and editing the show in much the same way. And there will still be a lot of that great banter between characters, especially between Raydor and Provenza.” 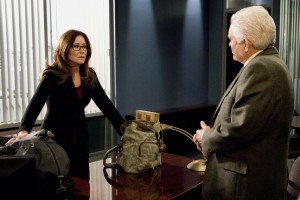 While The Closer’s focus has been on the lead character’s uncanny ability to secure airtight confessions from suspects, Major Crimes will center on what it takes to secure an airtight conviction. The show will explore how the police and prosecutors work together to build a solid case that will result in a suspect confessing, signing a plea agreement, or being found guilty in a court of law.

“Despite its connections to The Closer, Major Crimes is very much its own show,” Duff continues. “This new series allows us to explore these characters in new and exciting ways, especially as they begin to interact more with the District Attorney’s office in order to build airtight cases. We also have the opportunity to see a different side of Captain Raydor as she deals with significant changes in her life both inside and outside the job.” 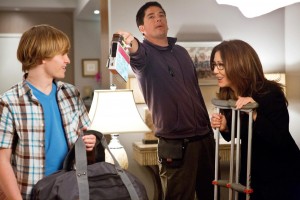 Major Crimes is produced by The Shephard/Robin Company, in association with Warner Bros. Television. The Closer’s James Duff, Greer Shephard and Michael M. Robin serve as executive producers on the new series.

From a TNT press release: 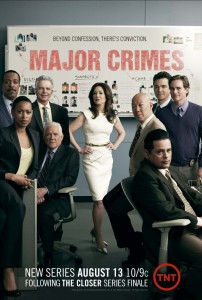 TNT’s The Closer, which set numerous audience records during its seven-season run, just added another one. Through time-shifted viewing, the Aug. 13 finale of the blockbuster series grew to a final tally of 11,212,000 viewers, making it the most-watched series finale in basic cable history. On a household basis, the finale scored a 7.2 national HH rating, making it the highest-rated series finale in cable history.

“As wonderful as i t is to see The Closer claim yet another page in the record books, it’s extremely gratifying that Major Crimes has taken its own place in cable history,” said Michael Wright, president, head of programming for TNT, TBS and Turner Classic Movies (TCM).