Tweet
As the winter premiere is set to debut, we’re gathering all the press in this post, so keep checking back for the latest news on Major Crimes!

‘Major Crimes’: Sharon and Andy will discover feelings for each other when Season 3 continues

Tony Denison Gears Up for the Major Crimes Return 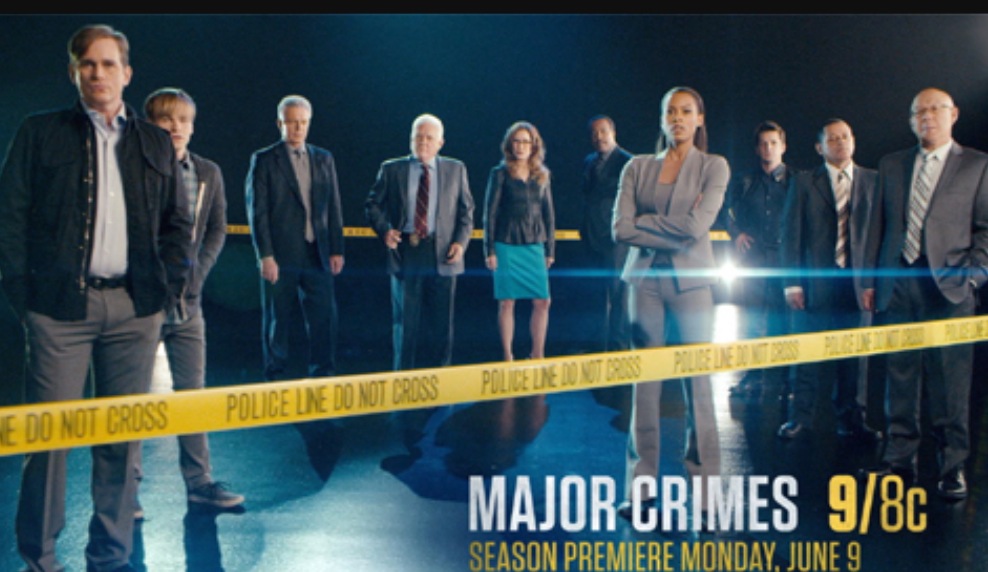 In a new interview with TV Guide, creator James Duff talks about the return of Rusty’s mom, Jackson Raydor, and addresses the recent spinoff rumors.

“Major Crimes is about to turn Rusty Beck’s life upside down.

After two seasons of tracking Rusty (Graham Patrick Martin) through the emotional turmoil he felt after being abandoned by his family and forced to prostitute himself to survive, the TNT drama’s third season (premiering Monday, June 9 at 9/8c) will finally introduce Sharon Beck, the mother who eventually left him behind. Eureka and 24 alum Ever Carradine will play the crucial role, Major Crimes creator James Duff tells TVGuide.com.

“We begin our first episode with a different Rusty,” Duff says. “He has changed quite a bit. The experience of testifying on his own and having his say in the courtroom, reduced the whining, reduced the teenage angst. He’s sort of moving beyond and looking into his own heart and how he can make things better. Then, out of the blue, he’s knocked off stride by the reappearance of [his mother] who he had thought he was separated from for good.”

However, Rusty doesn’t tell the other Sharon in his life — Capt. Sharon Raydor (Mary McDonnell), who took Rusty in — about his mother’s reappearance, at least not right away. When he does, you can expect things to get a little messy. “The anxiety he has about his mother will reveal itself, and he [does] introduce his mother to Sharon,” Duff says. “His mother has a very different take on where he is in life than Sharon does. It’s so disturbing.”

But Rusty’s mother isn’t the only one weighing in on Rusty and Capt. Raydor’s relationship. In fact, later in the season Raydor’s husband (Tom Berenger) and her yet-to-be-cast son Ricky will have a point of view as Sharon considers adopting Rusty outright. “The theme of our first 10 episodes this season is expectations,” Duff says. “We have an expectation of a lot of things in our lives that it turns out that we have no right to expect. Family is not a given. Family is something you are sometimes obligated to create for yourself and that you embark upon with other people. How do you include other people? What does the word family mean? Do you have any right to expect that your family will always be exactly what it is?”

In terms of the Major Crimes family, Season 3 will also dedicate a little more time to extended family member Fritz Howard (Jon Tenney), who has reprised his role from The Closer off-and-on during the first two seasons. And this season’s Fritz spotlight episode is going to be bigger than ever. “Episode 7 involves another section of the L.A.P.D. called the Special Operations Bureau,” Duff says. “The S.O.B., as its called inside the department, is in charge of the largest municipal air force in the world, the dive team, the SWAT team, the bomb team, criminal intelligence, gang intelligence, K9. … We’re rolling out S.O. B. [for] a huge, disturbing, frustrating manhunt involving Major Crimes and S.O.B. in tactical support.”

However, Duff says that some reports that the episode will serve as possible pilot for a spin-off series may be premature. “It’s an episode of Major Crimes, slightly super-sized because it’s in the middle of our season when usually do very well,” he says. “I guess the episode could serve as proof of concept for a show about S.O.B., but it’s not what I would call a spin-off or a pilot. If TNT wants to order a series based on it, I won’t tell them no. But I will tell you with absolute frankness that I have no deal to do a series called S.O.B. at this particular moment.”

But Duff doesn’t rule out seeing more of Fritz and that team if audiences respond to the story. “We thought we’d give our audiences a great big thrillride,” he says. “It puts Fritz in the center of it. If it looks interesting or feels interesting, we might pursue more stories like that, especially in the back nine.”

And check out this extended version of the Sharon Raydor promo that was first posted last week! We love it!

Check out these two new promos of Major Crimes Season 3!


Thanks to our friends at AUSXIP for spotting these! 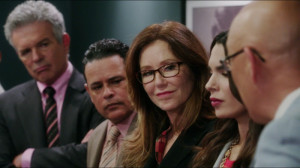 Ahead of the Turner Upfront Presentations this Wednesday in New York City, MajorCrimesTV.net has learned exclusively that the Major Crimes season 3 order has been upped from 15 to 19 episodes. This follows last year, when TNT also increased the Season 2 episode order to 19.

No word yet on how the season might be split to accommodate the additional episodes. Last years additional episodes were used as a part of an expanded winter run, which posted some of the highest-rated episodes of the season, and helped propel Major Crimes into the top spot asTNT’s most watched drama in the 1st Quarter of 2014.

Tweet
June 9th is just around the corner, and we are thrilled to share this brand new Season 3 promo!