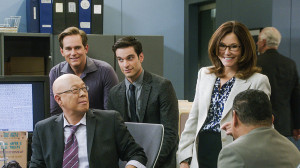 Despite the continued challenges of its new Wednesday time slot, Major Crimes continues perform well, with additional wins this week as both the most-watched cable show of the night, as well as week-to-week gains, and continued wins as the second-most watched scripted cable show across all ratings segments.

This Wednesday’s episode saw moderate gains over the previous week, rising 10% to 2.4 million total viewers, and 0.3 million viewers 18-49, winning the night for the 4th consecutive week as the most-watched scripted cable offering.

Episode 517 additionally performed strongly throughout last week, and finished as the second-most watched scripted cable show of the week, behind only AMC juggernaut The Walking Dead.

In time delayed ratings, Major Crimes has continued to show impressive increases. Episode 516 grew 90% over Live + Same Day, finishing its run with 4.7 million total viewers in Live + 7 day ratings, and an increase of 12% over the L+7 ratings for the winter premiere. Greater gains were seen in key demos, where the episode fully doubled to 0.6 million viewers 18-59. The episode also won the week as the second most watched cable offering in both L+3 and L+7, again behind only The Walking Dead.