“Personal Day” – Monday, June 16, at 9 p.m. (ET/PT)
Shorty after being released from prison, a man who proclaimed his innocence is found murdered. The victim’s case is reopened and the squad works hard to solve a seventeen-year old murder. To the surprise of Raydor, Rusty confesses the reason behind his recent suspicious activity. Kathe Mazur and Ransford Doherty guest star. 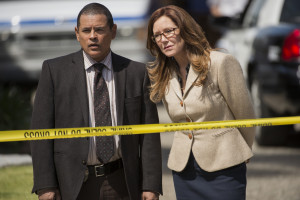