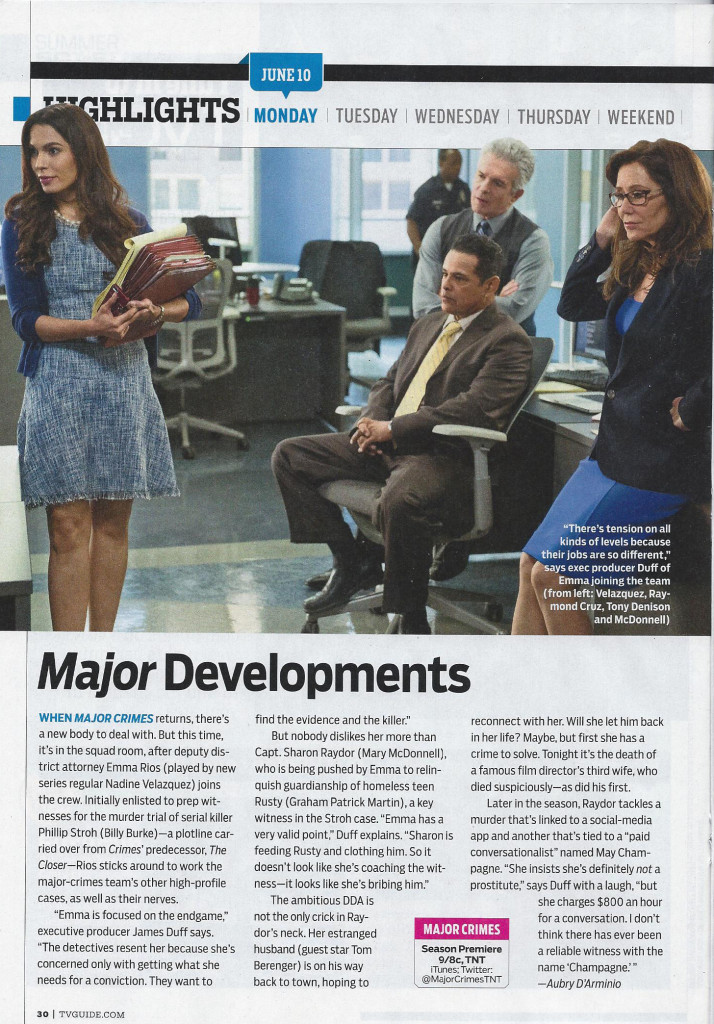 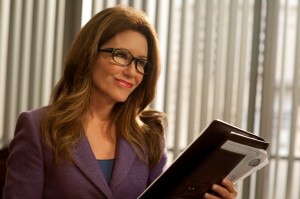 A great new interview with Mary McDonnell was posted today from The Hollywood Reporter, with lots of great new insight into the transition between The Closer and Major Crimes, Raydor’s backstory, and what to expect as the season progresses.

THR: You’re now leading your own show, taking the reins from Kyra Sedgwick. Was there any moment of hesitation?

McDonnell: No, there really wasn’t. To be perfectly honest with you, it evolved so organically. It was a natural evolution. The whole idea that it would blossom into more of an ensemble was also a part of the equation. On the one hand, I knew and was quite happy to carry the bulk and I loved James Duff’s writing and his mind — the transition of this character from antagonist to protagonist, which I’ve never done in my career — but I also felt very strongly about this whole group of people was a whole new show as well, I knew there was tons of story to be mined.

In a new interview in Dish Mag, creator James Duff talks about bringing The Closer to and end, and creating Major Crimes to continue its legacy.

Major Crimes Creator James Duff described how that show picks up where The Closer leaves off.  “What I mean by that,” he said, “is The Closer concentrated almost exclusively on getting confessions, while the major crimes team is expected to deliver convictions.  And with the help of a few intriguing new characters, such as former Two and a Half Men’s Graham Patrick Martin as homeless teen Rusty, and a new undercover detective, a few DAs, and members of the FBI task forces, Major Crimes proves that in life, everything, even murder, could be a negotiation.” 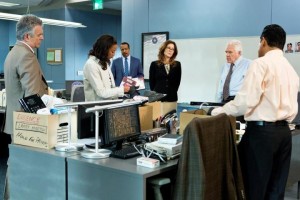 a new interview with thetvaddict.com, Mary McDonnell discusses the end of The Closer, and how taking over Major Crimes is going to change Sharon Raydor.

Can you talk about how the character Captain Sharon Raydor is going to be evolving and has changed since she first appeared on THE CLOSER?
MARY: Well I think evolving is the key. You know what I’m saying in that what we’re doing is we’re seeing a woman who was in a very specific professional role; through a very specific lens and as a character she had a very limited functionality within the ensemble of THE CLOSER. And she was clearly brought in to be the antagonist. And as we evolve into MAJOR CRIMES this character is evolved into — she professionally changes, she shifts. And we begin to view her through a different job, a different set of circumstances, and different things are asked of her. And one of the beautiful things about the writing is that it very organically allows her to grow in front of us because we’re watching her in a different situation from a different point of view.