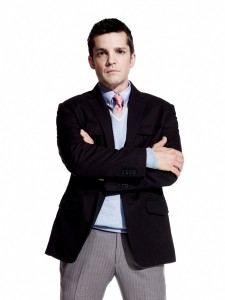 Prior to playing Dr. Morales on TNT’s The Closer and the upcoming Major Crimes, Jonathan Del Arco collaborated with the producing team of Michael Robin and Greer Shephard on James Duff’s The D.A. and on Ryan Murphy’s Nip/Tuck, on which he made a splashy showing as the transgender character Sophia Lopez, who went through the change over the course of the show’s first season.

Most recently Del Arco filmed a pilot with Melanie Griffith and Antonio Banderas for Lifetime. For the better part of the last 20 years, he has been a part of the television landscape, with memorable appearances in such series as The Sopranos, 24, The Doll House, American Dreams, Crossing Jordan, Huff, The Division, First Monday, Sisters, Grosse Pointe, Star Trek: Voyager, Pearl, The Mommies, The Wonder Years, Blossom, Boy Meets World and Miami Vice. He also appeared in the films True Rights, The Mambo Kings and Lost Angels. Del Arco earned cult status among Star Trek fans worldwide for his portrayal of the lovable Borg named Hugh on Star Trek: The Next Generation.

Del Arco was born in Uruguay and came to the states at the age of 10 when his parents settled in Port Chester, a suburb of New York City. When he was old enough to ride the trains on his own, Del Arco would trek to the city to catch the latest plays and enroll in acting classes. When he turned 18, he joined the company of the Broadway hit Torch Song Trilogy and toured the country along with Golden Girl Estelle Getty in what was then considered a highly controversial gay play. Many other Broadway and off Broadway plays followed before Del Arco settled in Los Angles to pursue a television and film career.

While in Los Angeles, Del Arco found new passions in politics and social activism. He worked for environmental causes, gay rights, state initiatives and two Presidential campaigns before landing at GLSEN (The Gay Lesbian Straight Education Network), where he works as a consultant running the West Coast fundraising operation for the national organization. GLSEN works to ensure safe schools for all children regardless of their sexual orientation or gender identity and to curb the hateful results of bullying in schools. 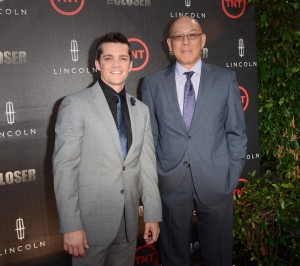 Last year, Del Arco addressed the Diversity Inc. convention in Washington D.C., recounting his journey from immigrant to Hollywood actor to political social activist. This year, he was the keynote speaker at the FBI LGBT Pride Celebration in Washington, where he received a special commendation from FBI Director Robert Mueller for his work on behalf of the gay community. Later that month, he served as the keynote speaker at Mattel’s Pride event.

Balancing his television roles with those of GLSEN and as a public speaker, Del Arco is likely to be found in between scenes on his cellphone pacing in scrubs and rubber gloves while closing sponsorship deals for the non-profit, or he might be in his trailer writing speeches.