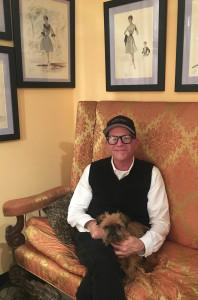 As part of our new weekly series “Inside the Fitting Room” we spoke to Major Crimes costume designer Greg LaVoi to get an inside look at the fashion and costumes behind this weeks episode, “Cashed Out.”

MajorCrimesTV: This episode spent a lot of time jumping back and forth in time. Did that affect how you designed the costumes for the episode?

Greg LaVoi: It was so much fun doing this episode, because of how it was structured. I loved going into and out of the real story and then cutting between those with Cynthia’s interviews with the team. There were no titles on the screen that showed the changing of time like there often are in movies, so the only way we could tell what was happening on which day was with our character’s clothing. The day we filmed with Cynthia (actress Sonya Leslie) was such an important day, and it was fun to be able to film it like that in one day. I wanted the costume changes to be important, and also got to play with some of the looks a little bit since the team wasn’t solving any crime that day, they were just giving interviews. 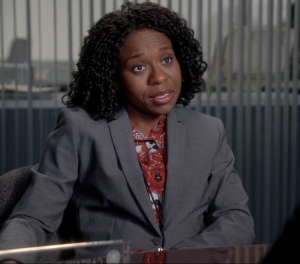 It was most important that Cynthia’s clothing stayed the same and was recognizable to help with the time shifts, so I put her in an ALC print blouse from Neiman Marcus, and a great Tahari flannel suit from Saks.

MCTV: I feel like this episode we saw a glimpse of Sykes more put together than we’ve ever seen her before, with the beautiful tailored suit.

GLV: I’ve had that Theory dress and jacket in Sykes’ closet for four years, and never had an opportunity to have her wear it because she’s always in the field solving crimes. And to me Sykes just wouldn’t wear a dress or skirt when she’s crime solving. So with a leap of faith I added it into the interview day, and I loved it. And that scene with Sykes and Cynthia was amazing. I thought both of them knocked it out of the park, and it was so wonderful to watch Sykes be so powerful in a dress and go toe to toe with Cynthia in pants. 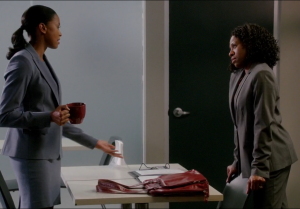 One thing that’s so interesting about that scene between Sykes and Cynthia was how their suits wound up looking on the HD camera, and what that can do to colors. The Tahari suit with Cynthia, and the Theory suit on Sykes were almost the same color to the naked eye. When I went onto set and saw how that looked together, I became concerned because I thought they were both going to look like they’re in the same shade of grey. But amazingly enough, with lighting and the HD camera we film with, Sykes’ suit had a lot of blue in the grey, and Cynthia’s was warmer. So Sykes’ suit came off as blue-grey, and Cynthia’s stayed that kind of warm grey. So I was very pleased it came out looking like two very different greys.

MCTV: In that same scene we also saw Amy in heels, which I feel like was also a new thing for her?

GLV:  Sykes had on Manalo pumps. Usually we see her in the stack heeled boots with her pants, which are perfectly correct and true to life for a real cop to wear. I loved being able to put her into a high heel for this episode – not super high, but a simple high heeled Manolo shoe. 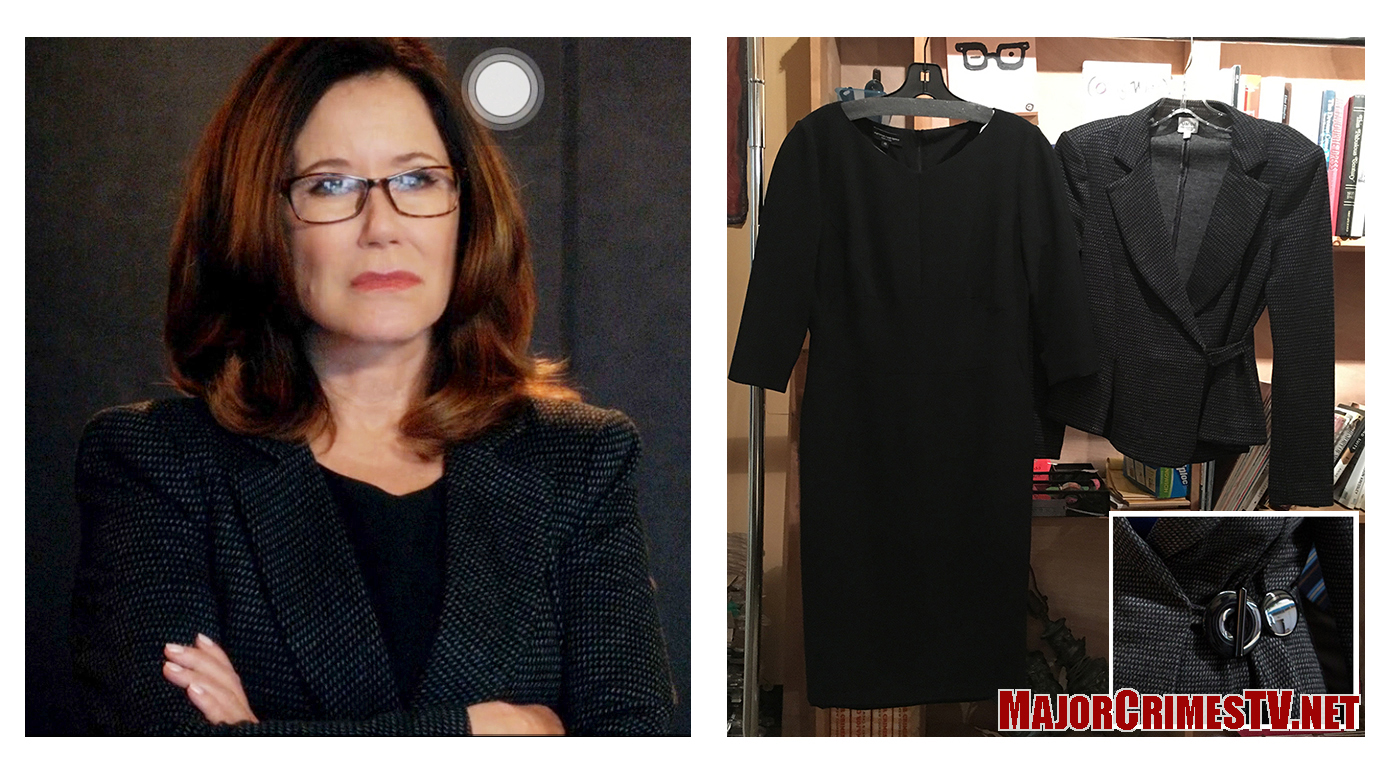 This Armani jacket features a Bakelite clasp (inset) that is so delicate, the costume department has to remove it anytime it comes off set, goes into storage or gets cleaned.

MCTV: This week we saw one of my personal favorite Raydor jackets, which we’ve seen before in the show, I believe?  END_OF_DOCUMENT_TOKEN_TO_BE_REPLACED

“Cashed Out” – Monday, July 18, 2016 at 10 p.m.
Det. Julio Sanchez’s application to become a foster parent is jeopardized by his reactions to a particularly gruesome murder after the Major Crimes Division finds a chopped up body burned to bits in the barbecue pit of an L.A. Park. Christopher Gorham guest stars.