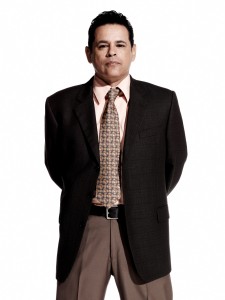 In addition to playing Detective Julio Sanchez on TNT’s hit series The Closer, Raymond Cruz has appeared in more than 30 feature films and has worked extensively in television, playing a wide range of characters. His work in films includes roles in Havoc with Anne Hathaway; Training Day, with Denzel Washington; Collateral Damage with Arnold Schwarzenegger; Alien 4: Resurrection with Sigourney Weaver; and Clear and Present Danger with Harrison Ford. Other notable films include The Last Marshal, The Rock, The Substitute, Out for Justice and Under Siege.

On television, Cruz has had recurring roles on My Name Is Earl, Breaking Bad, Day Break, The Division, 24 and Nip/Tuck. He has also guest starred on numerous hit shows, including C 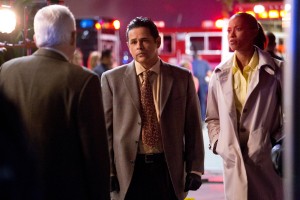 SI, CSI: Miami, NYPD Blue, The Practice, Star Trek, Boomtown and The X-Files. He recently won an Imagen Award for Best Supporting Actor for his work on The Closer.

Cruz also has an extensive stage background and is a recipient of the Drama Critics award.