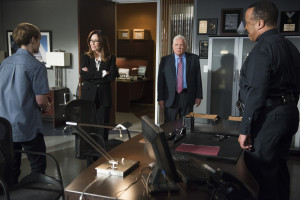 SEASON PREMIERE: “A Rose Is a Rose” – Monday, June 8, at 9 p.m. (ET/PT)
The squad investigates a double homicide related to an ongoing string of home invasions in the Hollywood Hills. Meanwhile, Sanchez attempts to reintegrate himself in the division after his suspension over a questionable use of force, while Captain Raydor makes a fateful choice in the life of her adopted son, Rusty. Kathe Mazur, Malcolm-Jamal Warner, Ransford Doherty, Brandon Barash, Savannah Lathem, Skyler Maxon and Raul Diaz guest star.