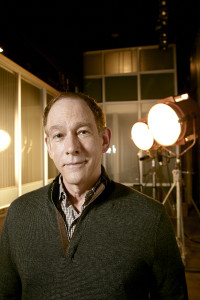 Not literally of course, but as we are invited on set to interview Duff and watch the filming of an upcoming episode of Major Crimes, all plans for a traditional sit down with the executive producer/writer/creator of the show seem to go out the window when we arrive to find him and the cast and crew at full speed in the middle of production for the 5th season, premiering tonight at 10pm/9c on TNT.

As the day progresses, the scope of just what being in the middle of the episode order really means becomes more and more clear. Bits and pieces of all seven of the season’s first episodes are in different stages of progress at the same time, all on the same day, and each piece has to be perfect.

The cast is down on the soundstage filming the second-to-last day of episode 506. We first catch up with Duff when the cast takes a break to do the table read for episode 507. The read is running about 45 minutes late–the filming on the soundstage ran long. The actors are released from filming and start arriving, and the big conference room we’re in suddenly begins to feel very small as it fills.

The mood is jovial as Duff introduces himself and the episode’s writer and director to the guest cast that has joined the group for episode 507. The newcomers then introduce themselves and the room erupts in applause, welcoming them into the Major Crimes family. The regular cast introduces themselves and their characters, then Duff takes back over, introducing the dozens of other writers, producers and key crew members who have all joined for the reading as well. He rattles off an impressive list of names and titles of everyone present from memory, then they begin. END_OF_DOCUMENT_TOKEN_TO_BE_REPLACED

Tweet
For the past week Major Crimes writer Duppy Demetrius has been giving fans on twitter a crash-course on the making of a TV show. With some awesome behind-the-scenes photos, we’ve gotten some tantalizing glimpses of episode 302 (airing June 16th), along with glimpses of things on set that we’ve never seen before (Sharon’s bathroom!). Check out the photos below, and for some more information on the awesome Duppy Demetrius, check out our exclusive interview with him from last season. 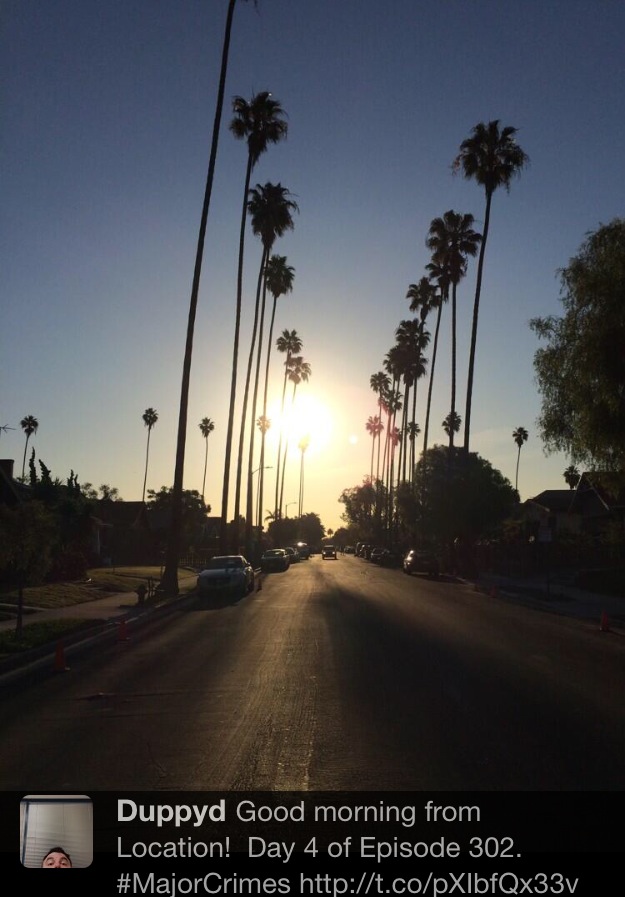