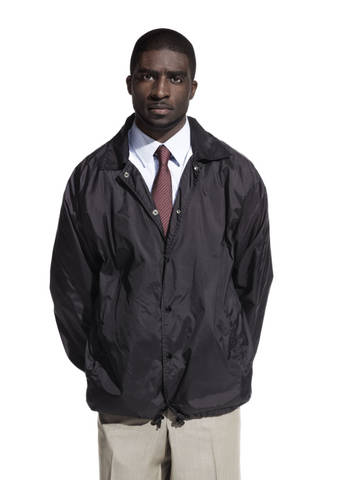 Ransford Doherty is a native of Washington, DC. He is a fraternal twin and has an older sister. He first got bitten by the acting bug when he attended C.D. Hylton High School in Dale City, VA. Julie Clarke, head of the Drama Dept., gave him the push to get on stage. Then, at Longwood College, Pam Arkin, a Theatre Dept. chair and acting teacher, encouraged him to major in the subject. Taking her advice, he went on to receive a B.F.A in Theatre Performance. Six months after graduating college, Ransford Doherty packed his bags and moved to Los Angeles, CA. Since his arrival, he’s been on a roll.  In addition to his role of Kendall on The Closer and now Major Crimes, Ransford has been a featured guest star on shows such as Body of Proof and Touch, as well as appearaing in the award-winning web series Caribe Road. Not only has he guest-starred in several hit shows but has appeared in several national commercials and Print ads. In his spare time, Ransford Doherty, substitute teaches at local elementary schools (K-5th grade) throughout the Los Angeles area, and is an advocate for arts education in schools. Check out his website at RansfordDoherty.com and follow him on twitter @RansfordDoherty.