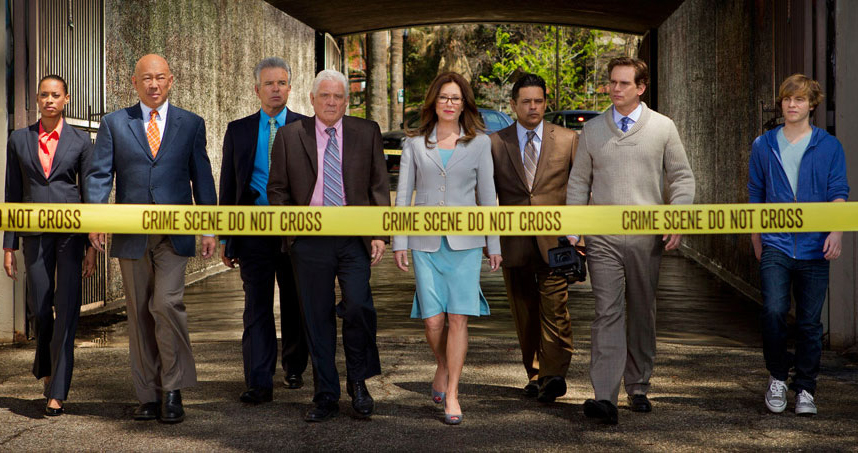 Firstly, let me say welcome, and congratulations on taking over as President of TNT. I’m sure the transition has been trying, and I know it must be satisfying to see the fruits of your first development year finally reaching the airwaves. While you continue to develop your slate for next year and beyond, I wanted to take a moment to talk about one thing that hasn’t been addressed yet for next season – the renewal of Major Crimes.
While you prepare to launch your new shows, and have been busy organizing the renewal of Animal Kingdom and The Last Ship, fans have noticed that announcements regarding the future of Major Crimes have been alarmingly absent. And as the summer finale of Major Crimes prepares to air tonight, I wanted to reach out to you and make a few points about why Major Crimes has been, and continues to be an asset to TNT, and as such, suggest why it more than deserves a season 6 renewal.

1. Ratings
I know that TV is a numbers game, and that decisions regarding renewal are ultimately about finances, advertisers and ratings. So first and foremost, here are some numbers I ask you keep in mind as you consider the future of Major Crimes. While your publicity department hasn’t shared any multi-platform numbers from this season (or for that matter, almost any of the numbers for Major Crimes performance this season) MajorCrimesTV.net has been keeping track of the numbers that have been released from other sources, and has noticed a few important trends about Major Crimes performance this season worth bringing to your attention.

2. Honoring a Rich Legacy
Mr. Reilly, I know you’ve said that you want to change TNT, make it edgier, more cutting edge, more Breaking Bad-ier. But in the process of changing TNT to be what you want it to be, you seem to have forgotten everyone who has made TNT what it is – one of the most watched cable networks. 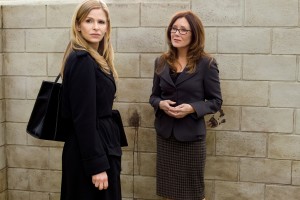 TNT has become that powerhouse because it has attracted a loyal viewership over the years, largely forged by a show which not only put TNT on the map, but has been credited as one of the forces which helped to create the rich landscape that cable has become for serious, ground breaking series like The Shield, Walking Dead, and yes, Breaking Bad. That series? The Closer, from which Major Crimes was spun off. The Closer helped put TNT on the map, earned it several of its very first Emmy nominations, and brought in an audience which is still present today, as well as being credited to create the very thing that many of your series have taken such advantage of: redefining viewership habits to embrace off-season placement of shows.3 That’s a legacy to be proud of, and one I hope you take into consideration when making decisions about Major Crimes.

Again, I understand wanting to move forward, create new shows, push the envelope. But surely alienating the core viewers of your network, who still turn up in droves for your Law & Order, Castle and Bones reruns, by removing the last of the crime procedurals they’re come to embrace your network for isn’t the best way of going about retaining, much less building an audience. 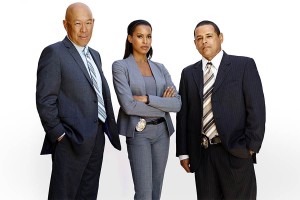 The entertainment landscape has been abuzz the last few years with discussion about diversity, and inclusiveness in casting. On the television landscape, it has been a constant topic, and came up in virtually every session of the recent fall Television Critics Association presentations. The theme tends to be the same: diversity is a huge issue, and most shows say they want to do better, but rarely do. While Major Crimes isn’t only show on television today with a commitment to diversity, it often does not get the credit it deserves for making diversity a foregone conclusion of the show, instead of being an issue to be fixed. Indeed just last week Major Crimes was also honored for the Imagen Award for the Best Drama Series, praising its portrayal of Latinos on TV.4

In addition to its longstanding commitment to racial diversity within the regular and supporting cast, Major Crimes has also been awarded for its portrayal of youth, LGBT and social issues on television. For five seasons viewers have seen the character of Rusty Beck go from being a homeless teen forced to hustle on the streets in order to survive, to coming to terms with his sexuality, to finding his way in a mature same sex relationship. Last year The Advocate called Rusty Beck “one of the most complex, fleshed-out, confusing, maddening, hopeful, and loving gay characters we’ve ever seen on cable TV”.5 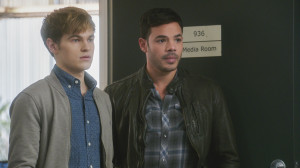 Homelessness is another social issue that Major Crimes has repeatedly explored in its stories, and last year Covenant House held a special gala to honor Major Crimes for bringing greater attention to the issue of homelessness and human trafficking.6

Behind the camera Major Crimes has also shown commitment to diversity, by hiring several female and ethnically diverse directors each season. 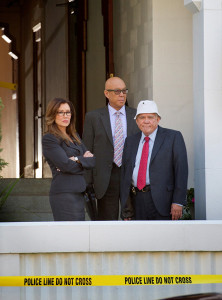 Major Crimes also embraces a different kind of diversity, in Captain Sharon Raydor (Mary McDonnell). Raydor is inarguably the lead of the show, and in a Hollywood environment where one can count on one hand the number of actresses over 50 leading their own shows, Major Crimes is notable for having a the lead of the show, and the team, be a mature, kick-ass woman. The audience has grown to love the level headedness, compassion and experience Raydor possess, and together with Lt.’s Flynn (Tony Denison), Provenza (GW Bailey) and Tao (Michael Paul Chan), the series has bucked the long-standing Hollywood trend that actors past 60 are “past their prime”. The range that McDonnell and the cast brings to the show attracts a diverse range of viewers that defies one specific age, ethnicity or political point of view.

4. Honesty in Storytelling
Likewise, in a climate where the institution of the police has been beset with controversy, Major Crimes continues to tell important and timely stories without bias, due to its level-headed approach to storytelling. Police brutality, mass shootings, officer involved shootings and many more issues have been dramatized over the last few seasons, but instead of sensationalizing these acts, Major Crimes has succeeded in presenting them to the viewers without agenda, and letting the stories and actions speak for themselves.

In 2013 Major Crimes became the first-ever TV series to be honored by the Los Angeles Police Reserve foundation for their “commitment to the LAPD and the Community” and for “realistic and judicious presentation of the LAPD and Command Staff.”7 Since 2013, Major Crimes has continued to be honored at, and be part of, the LAPD Reserve Foundation’s Annual Gala, further underlining the positive relationship that exists between the Law Enforcement community and the show. 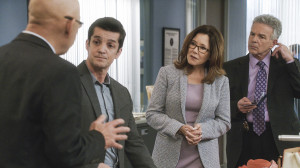 Mr. Reilly, I could go on, cite more examples for why Major Crimes is exemplary programming that deserves to be renewed for another season, such as the Prisim Award bestowed on the series for its truthful portrayal of drug addiction. Or point out that in a TV landscape where multi-screen experiences and viewer engagement are no longer just buzzwords, but real and necessary parts of the effort to hold onto viewers in an increasingly fractured television landscape, Major Crimes is the only one of your shows that makes the effort to create additional content for the internet by way of Rusty’s Vlogs and the weekly Facebook chats where the actors and creative team engage and converse with fans. And new this year, a podcast hosted by Mary McDonnell with frequent guests from both in front of and behind the camera at Major Crimes, discussing the characters and themes of the show, generating even more positive engagement with viewers.

I’m hoping, as the head of the network, you already know all this. And I’m hoping that a renewal announcement is coming soon, and that I’m just being a bit impatient.

But in case I’m not, I’ll offer one parting thought to everything I’ve written above. Despite its success, in absence of much formal promotional support, we the viewers of Major Crimes are used to having to advocate for the show by creating word-of-mouth within our circle of friends, and finding new and creative ways to show our support. MajorCrimesTV.net itself was born of the desire to pick up where official promotion left off, along with fan groups, message boards and Facebook pages, not to mention countless efforts by the actors and crew of the show itself by way of the aforementioned chats and podcasts, as well as personal appearances and other engagement far above and beyond what is normally seen or expected by almost any type of TV program. And those efforts have been wildly successful, keeping Major Crimes as one of the most-watched shows of your network. And we’re all still here, supporting the show, and by extension, you and TNT. The numbers reflect it. The recognition reflects it. We reflect it.

Pushing for edgier, flashier fare is great. I look forward to seeing what new shows you bring to TNT in the future. But I urge you to take a closer look at what you already have at your network, quietly already doing all the things you want all of your new shows to do. Look at that. Think about that. And then renew Major Crimes for season 6.

3. The Christian Science Monitor. “‘The Closer’ opened doors for women – and for basic cable

5. The Advocate. How Major Crimes Actor and Gay Showrunner Created One of the Best Gay Characters on TV