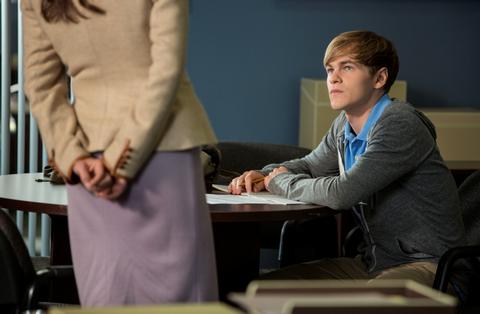 A new article in the New York Times looks at some of the current films and TV shows that are exploring the issues surrounding children in foster care, and spoke to Series Creator James Duff about Rusty Beck and Major Crimes.

“Another cable series takes a grittier approach to a similar subject. In the Los Angeles police procedural “Major Crimes” on TNT, the main character, Capt. Sharon Raydor (Mary McDonnell) becomes an unofficial foster mother to Rusty (Graham Patrick Martin), a gay, homeless teenager and former sex worker who is a key witness in a case. “Major Crimes” treats Rusty with sympathy without glossing over his past. That’s because the character comes from a deeply personal place for the show’s creator, James Duff, who is gay.

“I ran away from home when I was 17,” said Mr. Duff, who said he is hoping to raise awareness of runaways or, as he called them, “thrown-aways,” by providing a window into a little-seen world.

“When I see what goes on now with thrown-away children in our own culture, I think Dickens would have blushed,” he said. “ ‘Oliver Twist’ is actually an uplifting story compared with the horrors that the unattended children of Los Angeles are suffering now.”