In a new interview with Assignment X, GW Bailey talks about the transition to Major Crimes and the changes that has meant for Provenza and his work as Executive Director of the childrens cancer charity The Sunshine Kids. 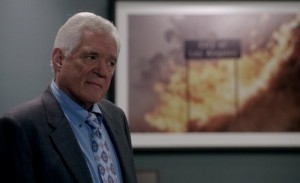 ASSIGNMENT X: Is MAJOR CRIMES more of an ensemble now that it’s not THE CLOSER and no longer titled after a single lead character?

G.W. BAILEY: Oh, I think so. We still have a lead character and her story is still the catalyst, the glue that holds us together, but there certainly is more of a sense of ensemble. With Brenda Leigh Johnson – we’re supposed to be the crème de la crème of the LAPD, but of course, we couldn’t find a clue [laughs]. Only the lead could find clues.

AX: So you now get to look like better detectives?

BAILEY: Yeah. We’re marginally smarter than we were.