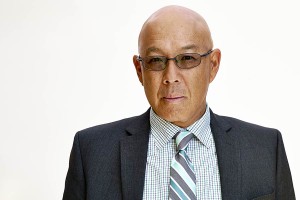 Michael Paul Chan, the man behind everyone’s favorite tech-wizard and veteran cop, took some time out of his season four filming schedule to chat with us about how season four is going for him, and tonight’s Tao-centric episode of Major Crimes.

Major CrimesTV: How is it going so far for season four?

Michael Paul Chan: To be honest this is my best season ever; physically, and mentally, it’s really going good for me.  This season for some reason we just, there is just such a connection, with all of us, it’s really cool. I think knowing what kind of a show we were, you know like being with The Closer for seven years, we kept putting the time and effort into this. And we had to accept that this was a brand new show, and for me for this season it just seems kind of right in sync.

MCTV: James Duff has said that the theme for the season is “courage”. Does that theme affect Tao at all?

MPC: It hits me full-force in (tonight’s episode). But I can’t say anything more than that about it.

MCTV: Last season it was revealed Tao had a side job as a consultant on a familiar-sounding cop show, Badge of Justice – are we going to continue to see any of that this season?

MPC:  That I don’t know, we haven’t touched on it yet.  It was fun to play with, but it seems that that was all last year and we’ve kinda moved on because of all the things that we deal with this season.

But I’ve gotten the heads up that James always likes to, he’s into numbers and I’m into numbers, so he always says, get ready for number eight! Eight is a good luck number. It’s such a fu

nny premise, but it’ll be fun because it’s a whole other thing to deal with.

MCTV: Tao is often the rock for the team, who holds things together. Does the pressure of that role ever get to him?

MCTV: What else can you tell us about this season? 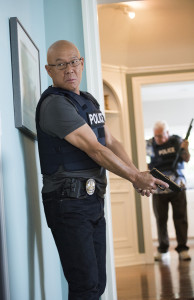 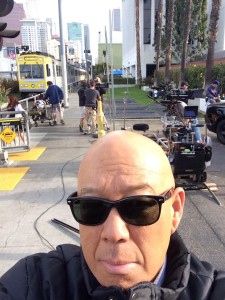 In 2005, after 30 years of great success as an actor in TV and film, Michael Paul Chan auditioned for a supporting role as a detective in a new show. Coming off the cancellation the previous year of another show he worked on, Chan was initially wary of reentering the series television world, but fate had other plans. “I’ll always remember the audition experience for The Closer; I got the material and the writing just popped. I instantly knew how I’d go with it, and my instincts were correct as the audition went great. And now it’s ten years later!”

MajorCrimesTV.net spoke with Chan as filming on Major Crimes’ second season was just winding down, and he told us that he is grateful for the opportunity to still be inhabiting Tao ten years later, especially as much of his early career was spent as a guest-star, with appearances on over 300 episodes of television, many of those as the villain of the week. Now he relishes the chance to play a smart detective with a good heart, and to have that role to come back to every season.